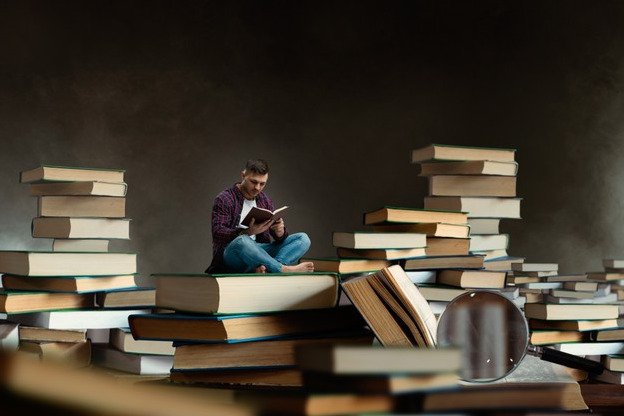 Postmodern literature largely emerged in the wake of World War II, when the world was reeling from the after-effects of large-scale war. This was an era when the war rendered millions of people dead and many others homeless. People around the world we’re living in a dark reality wherein they had to face hunger, poverty, death, and gloom. They were having a hard time dealing with that harsh reality.

“There was a sense of absurdity in postmodern literature, bending reality as we know it.”

What is postmodern literature?

Postmodern literature was in stark contrast to this reality. There was a sense of absurdity in postmodern literature, bending reality as we know it. With themes ranging from metafictional tales, blurring the lines between the past and the present, questioning the linearity of time, to texts exploring surrealism and subjectivism, postmodern literature gave people a respite from their reality. It was an escape from the world they dreaded. However, postmodern literature also signified people’s feelings. This is because it incorporated fragmentation within literary works which was a clear representation of the fragmented world of the mid-20th century. It also employed unreliable narration, which could be related to the unreliability of the circumstances. Thus, it became highly prevalent as it resonated with the masses. It helped many cope with the dire circumstances created by the war.

Coming to our present times, when the Covid-19 pandemic has wreaked havoc in our world. With millions of people getting infected by the virus and many succumbing to it, it’s not a good time for humans. The restrictions put for safety from the virus add to the mental strain that we’re facing. Moreover, the lockdowns imposed around the world have taken our sense of reality, with most of us unable to grasp what is going on.

Thus, postmodern literature could prove to be a good way for us to deal with the current situation, as it did back in the post-World War II era. It could arm us with stories about worlds that exist only within the pages of the books, worlds that depict realities so unbelievable that it diverts our attention from the unbelievable of our lives. There are many postmodern works that can transport us to colorful realities, helping us to better deal with what we’re facing.

Book clubs are a great way for like-minded people to connect and talk about books and a vast array of topics that arise from those books. Moreover, with the advent of online book clubs, one can easily join them and connect with people from the comfort of their homes. Postmodern literary works are perfect to be read and discussed in book clubs as many of them are open to interpretations. When thrown for discussion in a book club, different people can have their own interpretations of the same book. This can be very interesting and fulfilling as people will have long, enriching discussions from different points of view. In the end, everyone can go home with their own meaning of the text, which makes for a wholesome experience. Thus, I think that reading postmodern books would be a great idea in the pandemic hit world of ours.