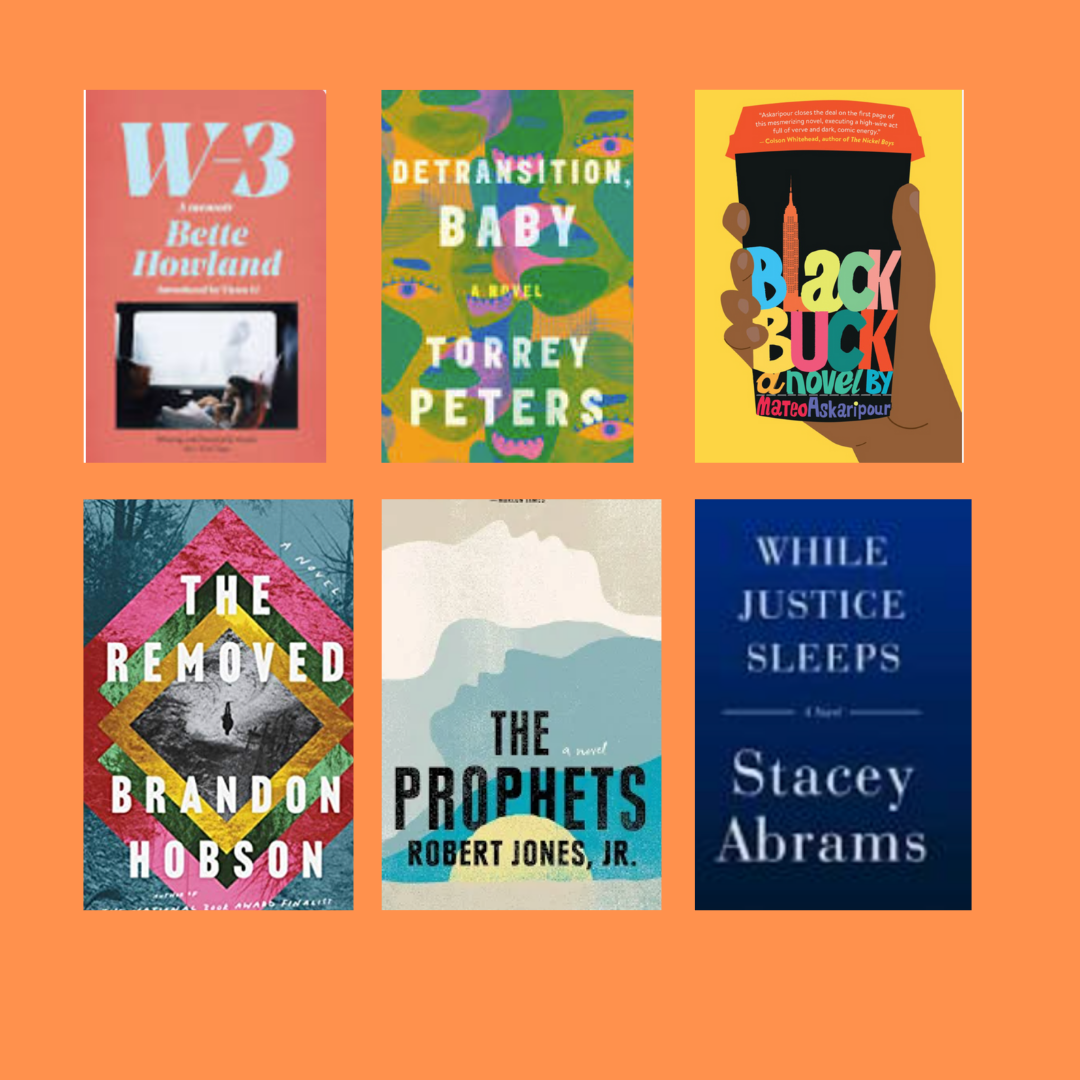 The Chaptr Guide: 10 Most Anticipated Books of 2021

It’s fair to say that 2020 wasn’t good for much. Most of the year we were stuck at home. We worked from home, we schooled from home, nearly everything we did we did from home. We couldn’t see our friends and family, we couldn’t travel, and we couldn’t even eat out at our favorite restaurants. It was, in a word- rough. BUT…There was an upside to 2020. All that time spent at home meant 2020 was a banner year for reading. And while we collectively hope 2021 holds more promise in terms of breaking this coronavirus hostage situation, we don’t see it diminishing our reading kicks anytime soon. And given what we’ve got in store for us this year, that is a very, very good thing. From a political thriller written by a real-life political powerhouse, to a revenant autobiography decades in the making, we’ve got a lot of good stuff coming down the pike. Much of which are stories we haven’t heard before, told by a variety of different authors, all with distinct and vital perspectives. This rich diversity of characters, authors and perspectives is exactly what we swoon over at The Chaptr.

So let’s all stop our dillydallying and get into it, shall we?

I’m not sure if anticipated is the right word because this one came out on January 5 of this year, but the reviews of Black Buck are coming back strong.

This book tells the story of Darren, a Starbucks manager content with his simple, if uninspired, life. That is, of course, until he meets the CEO of a tech startup. One thing leads to another and the CEO offers Darren a job, where he becomes the only black person at the company.

Darren creates for himself an alter ego, Buck, an aggressive salesman type. As Buck finds success at work, it begins to elude him at home. To find a more livable balance, Buck hatches a plan to guide other people of color into America’s sales force.  If you enjoyed the 2018 film Sorry to Bother You, you will definitely want to check out Black Buck.

Outlawed is another book that came out January 5th, just waiting for you to pick it up. And jeez louise, you really should.

Outlawed is an alternative dystopian history novel set in the year 1894. In this world, women who don’t have children are captured by members of their community and hanged as witches. When, after a year of marriage, Ada still hasn’t conceived, she goes on the lam, joining the outlaw Hole in the Wall gang.

What follows is a swashbuckling adventure across a reimagined Old West, with a message rooted deeply in modern feminism and the consequences of narrow-minded thinking.

Torrey Peters’ stunning novel about trans lives, cis lives, and all the lives in between came out January 12th of this year, and it’s earning well-deserved buzz.

Reese and Amy seem to have it all, the apartment, the job, the dream relationship. Unfortunately, that’s more than most trans women can say. But when Amy makes the decision to detransition and becomes Ames, everything falls apart.

Reese, lonely and hurt turns to sleeping with married men, while Ames accidentally impregnates his boss. And while his boss isn’t sure if she wants to keep the baby, Ames begins to wonder whether the baby is what he needs to get Reese, the only family he’s got, back into his life.

Lauren Oyler’s novel tells the story of a young woman who, upon looking through her boyfriend’s phone, discovers he is a popular right-wing conspiracy theorist. Surprising? Maybe, but it’s not exactly a shocking revelation.

She makes a plan to break up with her beau just after she gets back from the Women’s March in Washington DC, but things take a bizarre turn as the lies unfolding in cyberspace begin to have an effect on the reality of her world.  Fake Accounts was released this month, so you can dig into this one now.

5 – While Justice Sleeps by Stacey Abrams

How? How in the world did Stacey Abrams have time to write a political thriller while at the same time organizing for what would become one of the biggest political upsets in modern history – the clean blue sweep of Georgia?

This novel follows Avery Keene, a law clerk for a Supreme Court Justice. It’s all going well, despite the challenge of the job and the long hours, but things are upended when Avery’s legendary boss slips into a coma and his instructions call for Avery to be made power of attorney.

That’s when things heat up for Avery, as in the midst of the political angst she discovers her boss was on course to unravel a conspiracy involving two companies in a high-profile merger that was already before the court.

6 – The Removed by Brandon Hobson

Released on February 2nd, The Removed follows the Cherokee Echota family. The family is no stranger to struggles. Son Ray-Ray was killed during a police incident. Daughter Sonja has become something of a recluse, prone to wild romantic flings, and son Edgar hasn’t been seen by the family in years because of his problems with drug addiction. Add to this the fact that the Echota father is suffering from Alzheimer’s, and it becomes clear the family is facing a number of challenges.

As a Cherokee National Holiday approaches, and with it the anniversary of Ray-Ray’s death, Maria, the Echota family mother, attempts to gather everyone together to talk about Ray-Ray’s memory. As the day approaches, each family member feels their grip on reality blurring ever more into the spiritual, and each attempts to understand and rationalize this in their own way.

Bette Howland’s memoir about her time in Chicago’s psychiatric ward after a suicide attempt in 1968 is a visceral, moving portrait of lives on the brink.

This memoir was first released in 1974, and it was reissued this year on January 12th. After reading it, I can honestly say it feels more poignant and relevant than ever.

8 – The Prophets by Robert Jones Jr.

Released on January 5th, The Prophets became an instant bestseller.

A piece of historical fiction, The Prophets is a story about Isaiah and Samuel, slaves who are in love. At first, the other slaves acknowledge their love and respect it as a thing of simple beauty. But when another slave adopts the religion of the plantation owners and begins to preach, Isaiah and Samuel’s love is called into question.

This beautiful, touching, shattering story wrestles with the problems inherited by slaves and their owners. And the way past, and future generations have battled with that same sense of inheritance.

Brandon Taylor used to be a scientist. It’s true. He turned to fiction with 2020’s Real Life, an astonishing coming-of-age tale.

He’s back in 2021 (June 22nd to be exact) with Filthy Animals, a collection of connected short stories about creatives in the midwest.

The collection deals with open relationships, devastating diseases, loneliness, and harrowing tales of babysitting. It’s sure to be one of the best of the year.

10 – Something New Under the Sun – Alexandra Kleeman

If Alexandra Kleeman’s You Too Can Have a Body is anything to go off of, we’re in for something great with her new book, out August 10th.

Something New Under the Sun follows a novelist in Los Angeles in the not-so-distant future. An era of environmental collapse and unchecked corporate corruption. Somewhere along the lines, a new brand of synthetic water seems to be at the root of mysterious events, and catastrophe looms around every sin-scorched turn.