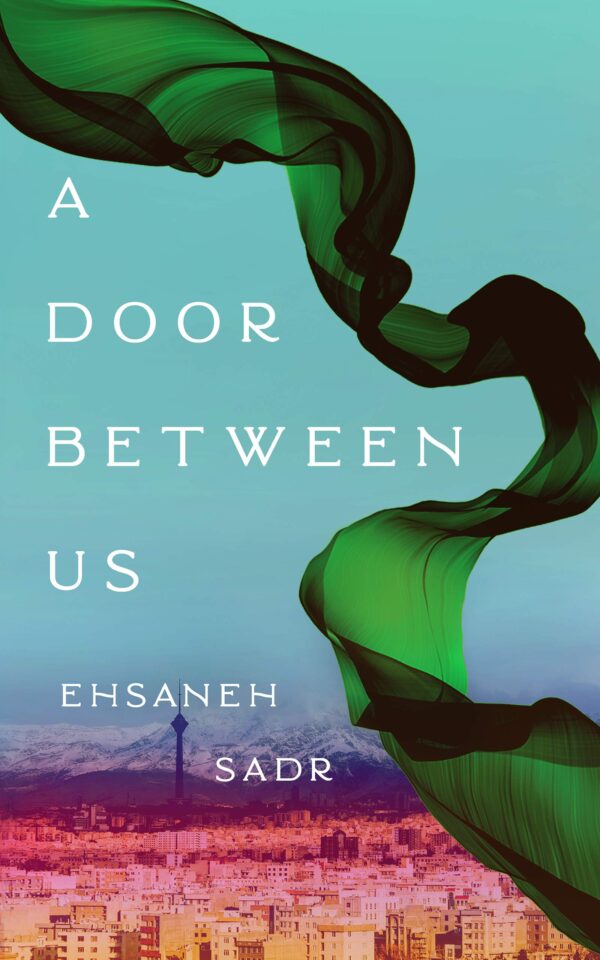 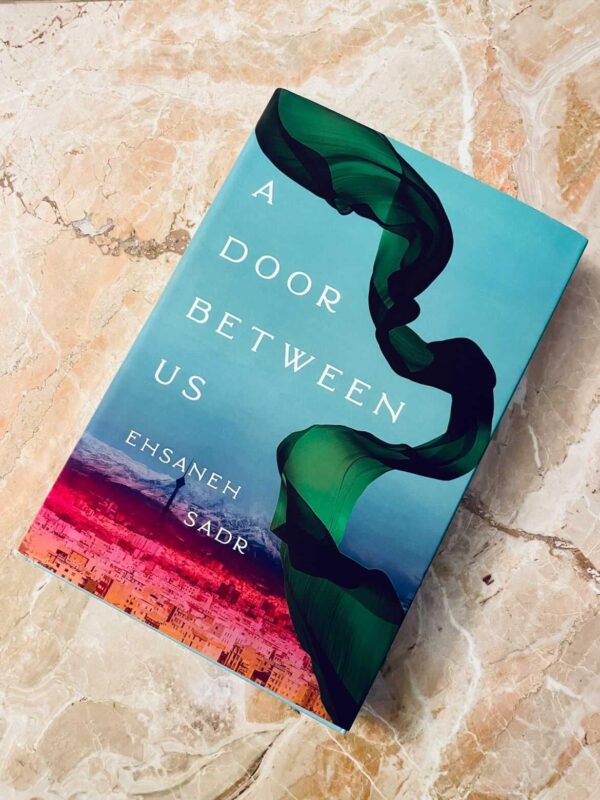 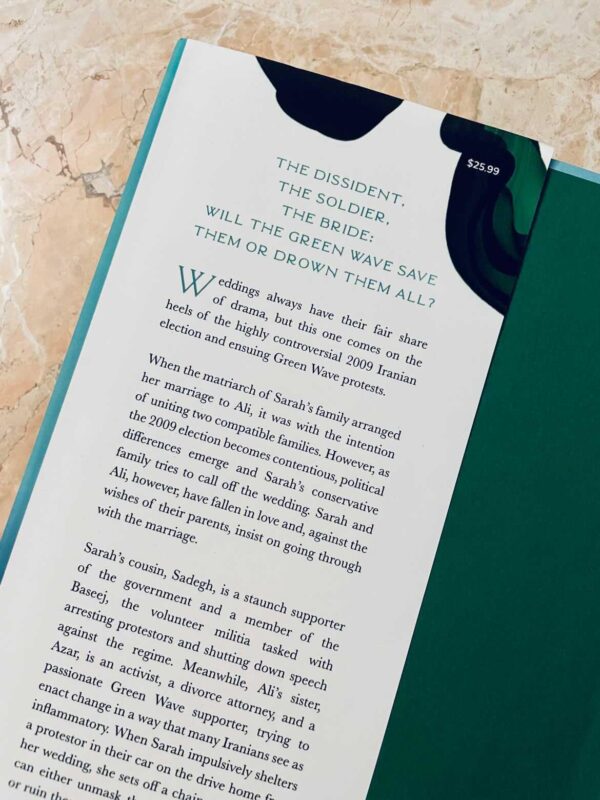 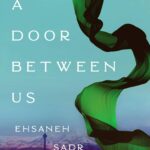 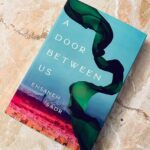 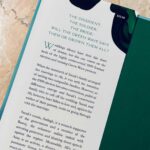 A Door Between Us

Weddings always have their fair share of drama, but this one comes on the heels of the highly controversial 2009 Iranian election and ensuing Green Wave protests.

When the matriarch of Sarah’s family arranged her marriage to Ali, it was with the intention of uniting two compatible families. However, as the 2009 election becomes contentious, political differences emerge and Sarah’s conservative family tries to call off the wedding. Sarah and Ali, however, have fallen in love and, against the wishes of their parents, insist on going through with the marriage.

Sarah’s cousin, Sadegh, is a staunch supporter of the government and a member of the Baseej, the volunteer militia tasked with arresting protestors and shutting down speech against the regime. Meanwhile, Ali’s sister, Azar, is an activist, a divorce attorney, and a passionate Green Wave supporter, trying to enact change in a way that many Iranians see as inflammatory. When Sarah impulsively shelters a protestor in their car on the drive home from her wedding, she sets off a chain of events that can either unmask the government’s brutality or ruin them all.

Sarah, Sadegh, and Azar’s stories weave together in an unflinching, humorous, and at times terrifying story that demonstrates that, even as the world is falling apart around us, life goes on.

”A Door Between Us is a vivid, thrilling story of clashes and collisions, between tradition and civil liberties, between families, between individuals and institutions, between reform and reaction. With touches of humor, it is also a narrative of rumor, gossip, torture, terror, intrigue, and betrayal after the election of 2009 in Iran. Best of all it is a story of the deep bonds between people, of family ties and spiritual allegiance, and sustaining love, in a period of unrest and horror. You will not forget these scenes and these characters.” —Robert Morgan, New York Times bestselling author of Gap Creek

”Set during the 2009 post-election protests known as the Green Movement, A Door Between Us is an authentic and intelligent depiction of Iran beyond the headlines and a poignant story of families belonging to the most traditional elements of the Islamic Republic. Ehsaneh Sadr’s insightful debut, with its thoughtful social justice message, paints a very human and, at times, harrowing picture of a complex nation and a group of people rarely present in Western fiction.” —Holly Dagres, Atlantic Council

”Ehsaneh Sadr’s debut novel A Door Between Us is a powerful story that illuminates both the personal and the deeply political aspects of contemporary Iranian society. Sadr’s understanding and depth of knowledge about the ways Iranians must navigate societal and familial pressures in a time of crisis is a refreshing shift from the many flat and essentialized ways Iran has been framed by media narratives. Her writing is a reminder of all the things we’re missing in seeing and understanding Iran, as well as the ways that she, as an insider-outsider, narrates some of the painful and recent history of Iran for non-Iranians. An impressive and relevant work that adds to the richness of our Iranian-American literary canon.” —Persis Karim, director, Center for Iranian Diaspora Studies & coeditor, Tremors: New Fiction by Iranian American Writers

”In a riveting story, Sadr captures the lines that divide Iranian society and the specter of tragedy that haunted it. She cuts right to the heart of life in 2009 and its consequences in a deeply understanding story.” —Nazila Fathi, author of The Lonely War: One Woman’s Account of the Struggle for Modern Iran

”The fraudulent 2009 Iranian elections and ensuing repression not only divided the country but also tore families apart. In A Door Between Us, Ehsaneh Sadr vividly tells the story of one such divided family that brilliantly captures the pain, the hopes, the shattered dreams, the betrayals and the new friendships, all wrapped in the multitude of struggles of contemporary Iran.” —Trita Parsi, author of Losing an Enemy: Obama, Iran, and the Triumph of Diplomacy

”A Door Between Us is an enthralling story of hope, courage, and the powerful ties that bind families and communities together. Ehsaneh Sadr expertly weaves together three divergent perspectives, offering a gripping and nuanced look at the tumultuous 2009 Iranian election. From start to finish, the story held me rapt, its poignant message of interconnectedness lingering with me long after I turned the last page.” —Amanda Skenandore, author of Between Earth and Sky

”Family secrets, unexpected liaisons, and relationships figure into this cultural tale … The final confrontation of the religious and political forces is riveting in its unpredictability, violence, and redemption. It is a celebration of our connectedness, in spite of our best efforts to sort each other into Us and Them.” —New York Journal of Books

”[A] graceful debut … A Door Between Us leaves no character unexplored or underdeveloped. Sadr builds a rich playing field that can contain both the shallow bickering and the profound wisdom of her characters with ease. They bask in her devotedly detailed portrait of late-aughts Iran, a country so often misunderstood and abused by Western forces. This is a brave, intelligent novel, a story of difference overcome by love.” —Shelf Awareness

”Politics, family frictions, and divided loyalties collide in Ehsaneh Sadr’s engrossing novel … Compelling storytelling that mixes gentle domestic humor with harrowing political intrigue … Intense, emotional, and rich, A Door Between Us is a stirring novel about the importance of conscientiousness and truth.” —Foreword Reviews

”Captivating and heartbreaking, A Door Between Us deftly captures the connections and conflict between two families with opposing ideologies in the aftermath of Iran’s 2009 Green Wave movement. With a fresh, compassionate voice, Sadr reveals our inherent closeness beyond the divisions and separations. An assured, immersive debut.” —Marjan Kamali, author of The Stationary Shop and Together Tea

”A deeply compelling story about the struggle for democracy in Iran. The broken dreams of a generation poised for change are brought vividly to life in this powerful and haunting tale.” —Ausma Zehanat Khan, author of Among the Ruins

Ehsaneh Sadr is an Iranian American novelist and social justice activist with a PhD in international relations. She has worked, in various capacities, on campaigns related to biking advocacy, Palestinian human rights, Iranian sanctions, access to credit for rural villagers, and safe spaces for children in crisis. She currently works with the Silicon Valley Bicycle Coalition to create the cultural and infrastructure changes needed to support a shift away from carbon-based modes of transportation. Ehsaneh lives in Northern California with her husband and two children but also considers Washington, DC, Salt Lake City, and Tehran to be home.