Book clubs have been in existence for centuries now; one of the earliest reported book clubs was started by a woman named Anne Hutchinson in 1634. She, along with her family, was aboard a ship on its way to the Massachusetts Bay Colony when she met a group of women that would later form the book club. She began hosting Bible study groups in her home with these women. Cut to 400 years later, you don’t need to meet people on a ship or elsewhere to start a book club in a physical location. With online book clubs, you can discuss books with people around the world from your couch. 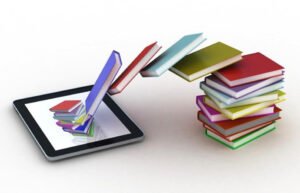 Book clubs have been a great way to discuss, explore and enjoy literature. A group of bibliophiles gathering to talk about their favorite books sounds amazing for socializing. As Canadian author Yann Martel once said, “Books are something social – a writer speaking to a reader – so I think making the reading of a book the center of a social event, the meeting of a book club, is a brilliant idea.”

But that’s not the only good thing about book clubs. There has been a far deeper significance of book clubs in society than one can imagine. Since time immemorial, book clubs have given various sections of society a chance to get together and share their experiences. People who had been oppressed got a chance to gather around and discuss their shared experiences through the medium of books.

Take, for instance, the text written by Mary Wollstonecraft at the end of the 18th century. Being one of the pioneers of feminist writings, she advocated for equal rights for women. During the French Revolution, when people in France were fighting for men’s rights, Wollstonecraft argued for the same rights for women. When large sections of women read Wollstonecraft’s writings, they held meetings and talked about the text and the unspoken problems they’d been facing as a gender. This gave rise to feminist movements, starting in Great Britain and eventually spreading throughout Europe. These movements brought about a change in women’s conditions around the world.

“Books are something social – a writer speaking to a reader – so I think making the reading of a book the center of a social event, the meeting of a book club, is a brilliant idea.”

Coming back to the present, online book clubs have opened up the possibility of readers around the world to connect with each other and talk about books. This is significant for a number of reasons. Since the advent of online book clubs has surpassed the limitation of geographical boundaries, it has allowed people from different cultures to come together and discuss works of art by various authors. This is an amazing way to gain the unique perspectives of people from different places with different mindsets and cultural backgrounds.

With online book clubs, readers are also able to discover authors from many other countries, whom they otherwise wouldn’t know about. One can find some hidden gems of literature through these clubs.

While an online club wouldn’t give you the experience of physically meeting people, it offers many advantages to make up for that limitation. Moreover, if there’s one thing that the Covid-19 pandemic has taught us, it’s that a lot of things can happen online.

So which online book club are you joining?

Hit a reading slump? Try these tips to get you bac

What was your last non-fiction read?

10/21 is the last day to reserve your November box